One one of my many visits to my favorite bookseller, my local library, as I was going through the shelves in the “For Sale” section, I found this book, “William Barclay: A Spiritual Autobiography.” published by William B Eerdmans Publishing Company, Grand Rapids in 1977.

When I first became a Christian, almost twenty years ago, I somehow owned a set of  “Daily Study Bible” Series. that had been written by this man. These were very instrumental in my beginnings as a follower of Christ, and I was so grateful for them. I gave them away years ago to a friend, and though often wished I still had them as a reference, never have I regretted giving them away.

In this book, I have learned a great deal about the man, who has written over 20 or so books in the course of his life, and to whom I will be eternally grateful for his labor, (particularly in the authorship of his Daily Bible study,) as it was instrumental in my growth. His in-depth analysis of the Scriptures, set the bar for me in my first steps of this walk and gave me a starting pace in my life race to understand God’s Word. 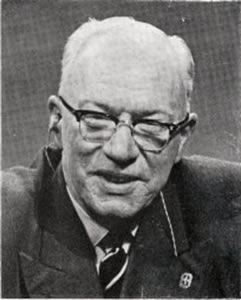 A Scottish preacher, and professor at the University of Glasglow in Scotland, the author William Barclay describes his  autobiography, as his “Testament of Faith.” He writes it at the time of his retirement, “Recently as I received my old age pension papers,” as he puts it. He speaks of his mother, his father, and his growing up years. It seems that he credits those in his life as being what influenced him, parents, teacher, and others.  So many times an autobiography is a portrait of the struggles, and overcoming victories one has had, but Mr. Barclay, who considers himself somewhat “a natural believer,” never really doubting God or His love, dedicated himself to making God’s Word clear for the average man, the laymen.

This he has done admirably throughout his life, his autobiography is a testimony to this.

I was especially grateful for his views on prayer, and his sharing of certain things he has learned about it over the years. I have condensed a few of these below, (and in the words of the author):

Second, I do not think that it is right to pray for things. The one thing to be said about this is that it is an acid test of a thing if you can talk about it and mention it, and think about it in the presence of God at all….I pray to make the best possible use of what I have, and to do the best possible work where I am….

Third – and this I think is the most important lesson that the years have taught me – I do not think that prayer is ever evasion, that prayer saves us from having to face things which we do not want to face, and which are going to hurt if we face them….What prayer does in enable us, not to find a way round the hard thing, but to go straight through it, not to avoid it, but to accept it and overcome it. Prayer is not evasion: prayer is conquest.  Prayer does not offer a way of escape, it offers me a way to victory….

Fourth, I believe that real prayer is simply being in the presence of God. When I am in trouble, and when I go to my friend, I don’t want anything from him except himself, to be with him for a time….

This alone was worth the reading. I find great comfort in these words, and it has already strengthened me.

In the beginning of a Christian walk, I think that most everyone believes that anybody that names the Name of Christ, will think as they do. As we walk it out, and learn more Truth, we will find that this isn’t always the case. The reason I say this, in as much as I appreciate Mr. Barclay, and I have the most respect for him, he has also graciously offered that he is a “confirmed Universalist” in his beliefs.  In a nutshell, this indicates that Mr. Barclay believes that ALL of mankind, that is every human being, will eventually be saved, gain entrance into Heaven, with our risen Lord. However, some will have to come via the route of passing through the punishment of Hell to get there.  In his belief, Hell is a place of punishment, that for human beings that is remedial in it’s purpose. ” It is the fire that will separate the alloy from the gold, the surgery that will remove the diseased thing, the cautery which burns out that which cannot be removed any other way.” (pg.59, Barclay)

Mr. Barclay also offers Scripture which he is convinced supports this belief, and if viewed through this lens, I can surely see why he believes it so. My lens is not his however, and therefore, I cannot subscribe to this declaration. I believe that though all men are given the opportunity to know Christ, they have a choice whether or not to follow Him. Hell was never designed for man, but neither was death. It was the choice made by Adam and Eve, that brought us death. It is by our choice through to the mercy of God,  that will give us Life…and that choice must be Christ.

That being said, I can honestly say that I am much richer for having William Barclay works in my life.